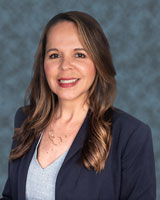 Ms. Carrera has been an employment lawyer at Villegas Carrera since 2003. In addition to her litigation practice, Ms. Carrera conducts investigations for both public and private employers in response to employee complaints of harassment, discrimination, retaliation, bullying, and other alleged employee misconduct.  Ms. Carrera is a native Spanish speaker and regularly conducts investigations in which she interviews witnesses in Spanish. Ms. Carrera also provides expert witness testimony on the adequacy of workplace investigations, training, policies and other employment-related matters. She also provides harassment and discrimination trainings and develops policies and procedures for employers, in both English and Spanish. Ms. Carrera holds a Certificate from the Association of Workplace Investigators (AWI).

In 2009, Ms. Carrera joined the faculty of the University of California, Hastings College of Law, as an adjunct professor.

Ms. Carrera is Secretary of the Marin Trial Lawyer’s Association and a member of the board of the Marin County Women’s Lawyers. She has previously served on the boards of  Canal Alliance, Equal Rights Advocates, the ACLU of Northern California, Bay Area Legal Aid, La Raza Centro Legal, and St. Peter’s Housing Committee. She serves as a volunteer attorney for the AIDS Legal Referral Panel and is a member of the California State Bar, Labor and Employment Law Section. She also serves as a pro bono mediator for the San Francisco Bar Association’s and Marin Superior Court’s Early Settlement Programs.

In 2015, Ms. Carrera received a Certificate of Recognition as Hispanic Business Professional of the Year, from California Senator, Mike McGuire, the Hispanic Business Professional of the Year Award from the Hispanic Chamber of Commerce of Marin, and a Certificate of Special Congressional Recognition from California Congressman Jared Huffman, for her ongoing commitment to Latino population in Marin County.

In 2005 and 2006, Ms. Carrera received the Wiley M. Manuel Award State Bar of California, presented by Legal Aid of Marin, as a Pro-Bono Advocate of the year for her work representing low income residents of Marin County.

From 1996-2003, Ms. Carrera worked as a Deputy City Attorney with the San Francisco City Attorney’s Office. In Recognition of her considerable contributions to the citizens of the City and County of San Francisco in terms of both the issuance of injunctions to cure ongoing violations, and the recovery of significant judgments and settlements against code violators, she received a commendation by Chief of Police Lau in 2002 on behalf of SFPD, and a certificate of recognition from Mayor Willie Brown of the City of San Francisco.

In May 2002, Ms. Carrera was honored by the San Francisco Code Enforcement Task Force – SAFE Program – for her “outstanding contribution for crime prevention education, community organizing, and public safety.”

Prior to her position with the City of San Francisco, Ms. Carrera was a supervising attorney with San Francisco’s La Raza Centro Legal where she represented low-income residents of San Francisco and San Mateo Counties in the areas of employment, landlord tenant, consumer, elder law, and immigration.

For questions about our practice, or to schedule a free consultation with an attorney, please call us at 415-989-8000 or contact us online to schedule your free initial consultation.